A Window Into A Union Victory

14 Nov A Window Into A Union Victory

Posted at 23:25h in Uncategorized by Tony Floriani 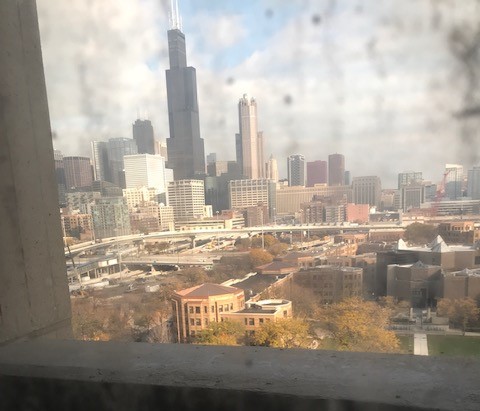 Everyday Unionism
When people think of unions, they often associate them with picket lines, protests, and occasionally major lawsuits. To some extent, that makes sense, as those are indeed some of the strongest actions a union can take to ensure its members’ needs are being taken seriously. But that image belies the true, day-to-day realities of having a union presence in your workplace.

First and foremost, a union is a community. In particular, it is a community that allows its members to discuss shared workplace issues, and address them as a united group, rather than as isolated individuals. When union members act together, the results usually are not that flashy, but they are often far more effective than if people act on their own.

That’s why it is even more important to share the stories of everyday union victories in the workplace. Most labor actions won’t change the world overnight, but they very well might protect you from unsafe working conditions, or ensure that your boss thinks twice about making inappropriate comments in a staff meeting.

A Crumbling Facade
To highlight the fact that workers get taken more seriously when working together as a union, we have only to look back to a recent example: fallout from construction being done at University Hall.

In this case, the ongoing construction has caused a range of problems, from dust and particulate filling offices, to unbearable fumes, to major leaks in the facade which allowed muddy water to flow in, leaving stains and rot in its wake. The resulting mess was not only an eyesore, but a potential safety hazard. Yet when individual faculty complained, or asked the university how things would be cleaned up in the aftermath, UIC officials seemed to offer few assurances.

Yann Robert, an Assistant Professor working in University Hall, describes the issue. “When I contacted people in the Operations and Maintenance Office in the Fall of 2017 about a leak in my office that left streaks of mud on my windows, walls, and floor, I received vague answers about budgeting that left me unsure that the leak would ever be fixed, let alone the windows washed.”

A Voice The Boss Couldn’t Ignore
After hearing this story, and many others over the course of the construction, UIC United Faculty began to take action. The rumbling began at the grassroots, with members raising the alarm, and inviting other colleagues to share their stories. Before long, it was quite clear that this problem was widespread and in some cases quite serious.

When approached by the union with the collected testimony of so many faculty behind them, UIC officials changed their tune. They were immediately more helpful and responsive, saying they would take action to remedy the situation. And to some extent, at least, that’s what happened. With the union facilitating the identification of problem areas, the fumes and much of the rot from the leaks was, in fact, dealt with expediently.

“This incident showed that faculty consistently have the university’s best interest in mind, and that we are always ready to work collegially, respectfully, and with civility with our counterparts on the other side,” explained Professor Robert Johnston, our UICUF Chief Steward. “This episode happily demonstrated–despite what we have seen so often at the negotiating table and in consideration of grievances–that some administrators are willing to move toward such a productive partnership.”

Keeping Them Honest
Unfortunately, despite an initial good start to the work, as problems continued to mount, and the most serious issues were addressed, administration’s desire to follow through seemed to once again slacken. In particular, the administration appeared to be unconcerned about finalizing repairs of leaks, and were especially dismissive of cleaning up the mess they’d left behind.

Repeated demands for answers, both by individuals and the union, were met with unhelpful commentary about how the contractors would be responsible for cleanup, or how the impact of the leaks was minor and limited to small sections of the building. The accompanying reassurances by administration, that issues would be dealt with, were largely devoid of critical details, leaving some faculty feeling that UIC Administration wasn’t taking the remaining concerns seriously. UIC officials ignored further inquiries for weeks.

Only after union representatives actually accompanied inspectors to document the degraded working conditions caused by the construction, did things really change. In a shocking coincidence, days later, UIC officials emailed those working in University Hall to assure them that cleaning was being scheduled, and to give detailed instructions on how to set up work for individual offices.

The union intends to keep a close eye on how that cleaning proceeds, but for now at least, members feel vindicated. “When the union asked that soiled windows be cleaned throughout UH, the answer was far more positive,” Yann Robert tells us. “I leave everyone to reach their own conclusions about the benefits of a united voice looking out for the interest of the faculty.”

An Opportunity to Get Involved
As you can see, many things can be accomplished with the simple persistence and creativity of union members working together. But sometimes bigger efforts ARE necessary.

Tomorrow is one of those times. Given the overall slow progress of contract negotiations so far, we feel compelled to raise our concerns in front of a larger audience. Tomorrow, November 15th, the U of I Board of Trustees will be at Student Center West for one of their rare Chicago meetings. We, alongside our fellow UIC unions, will hold a rally and press conference to show the Board that we will not stand by and be railroaded with a take-it-or-leave-it contract. We will also be joining our fellow workers in the Licensed Practical Nurses bargaining unit of the Illinois Nurses Association, who will be going on strike for their own contract the same day.

We will gather in the south lobby of Student Center West at 9:30am, and will hold a press conference later that morning. We highly encourage our members and allies to attend one or both of these events tomorrow. If you are able to join us, please RSVP to UICUFJeff@gmail.com.