UIC GEO On Strike for a Fair Contract

19 Mar UIC GEO On Strike for a Fair Contract

Posted at 13:29h in Strike by Tony Floriani

Grad workers are on strike starting today, and will continue withholding their labor until they win a fair contract. Their full press release is reproduced below. We encourage all faculty and community members to show support in any way they can! 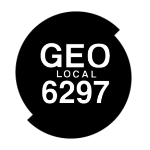 Over 1500 Teaching Assistants and Graduate Assistants at the University of Illinois at Chicago will withhold their labor indefinitely starting tomorrow, March 19, after stalled contract negotiations between the UIC Graduate Employees Organization (GEO) and the university administration. A majority of GEO members voted in mid-February to authorize a strike, with 99.5% of voters approving.

Contract negotiations began over a year ago, on March 1, 2018. TAs and GAs have been working without a contract since September 30. GEO is seeking living wages and fee waivers. The university administration has consistently rejected these proposals. We will be striking over all of these issues, as well as an Unfair Labor Practice.

Despite being highly educated professionals providing skilled labor for a multibillion-dollar institution, UIC grad workers live on the edge of poverty. They make as little as $18,000, even when serving as the primary instructor for courses with as many as 60 undergraduates, and are simultaneously required to pay up to $2,000 in annual university fees.

“I am the lead instructor for my Sociology course, having essentially the same responsibilities as a professor, yet I am paid the campus minimum wage,” says GEO member Emily Hallgren. “I live in constant financial stress. It affects so many areas of our lives that people don’t see. How can I be at my best physically and mentally for research and teaching when I can’t afford nutritious food? How do I dress professonally for class or conferences when I can’t afford any new or nice clothes? I’ve spent so much of my time trying to find part-time income that fits my academic schedule. It’s incredibly distracting from my own research and teaching and causes a great deal of stress.”

UIC is offering grad workers raises well below what GEO has won in the past, while rejecting calls for fee waivers and transparent appointment policies. At the same time, UIC is flourishing. Enrollments are at record highs, multimillion-dollar construction projects are underway, the campus recently acquired a law school, the university president recently got a $100,000 bonus for the third year in a row, and UIC has announced a $1 billion investment in infrastructure renovations.

“Graduate school is supposed to be challenging, not exploitative,” says GEO co-president Jeff Schuhrke, a TA in the History Department. “We’re fighting against the idea that grad school is some kind of hazing ritual as opposed to real life. We’re adults, often supporting families. We’re professionals, often with years of experience and Master’s degrees. We provide essential labor for UIC. All we’re asking for is some basic financial security so we can live with dignity.”

Nearly half of the employees represented by GEO are international graduate student workers, whose visa status doesn’t allow off-campus jobs and limits access to loans and credit cards. Despite their extra financial hardships, in recent years UIC has begun charging international grad workers additional fees that domestic grads don’t have to pay.

“After an entire year of bargaining, UIC admin has left us no other option but to withhold our labor,” says GEO co-president Anne Kirkner, a TA in the Criminology, Law, and Justice Department. “They have not offered us a single dollar of relief on the thousands of dollars in fees we pay each year, and nothing that even resembles empathy for the hundreds of international graduate workers who pay higher fees simply because of their status as internationals. Like our sister union at Urbana-Champaign last year, we are ready to walk out because graduate workers deserve to be treated with dignity.”

Meanwhile, UIC’s 1200 tenure/tenure-track and non-tenure-track faculty—represented by United Faculty—are also in the middle of contentious contract negotiations and have been working without a contract since last fall.

“UIC United Faculty stands in solidarity with the GEO in its fight to win a fair and just contract,” says Janet Smith, United Faculty president and professor of Urban Planning and Policy. “A strike is not something sought by our graduate student employees. Rather, based on years of consistent behavior, it is required in order to get the contract GEO deserves. We are watching closely to see how the administration and UI leadership respond as we now go into mediation on our own contracts. It is our hope that the Board of Trustees and President will lead in changing the anti-union culture in the UI system, so that future contracts can be worked on collaboratively with labor instead of against it.”

The UIC Graduate Employees Organization, Local 6297 of the Illinois Federation of Teachers-American Federation of Teachers, is the member-run union that represents more than 1500 Teaching Assistants and Graduate Assistants at UIC. GEO was officially recognized in 2004 and won its first three-year contract in 2006. GEO ratified its fourth three-year agreement in 2015 that expired in September 2018.