Posted at 14:13h in Contract Bargaining by Tony Floriani 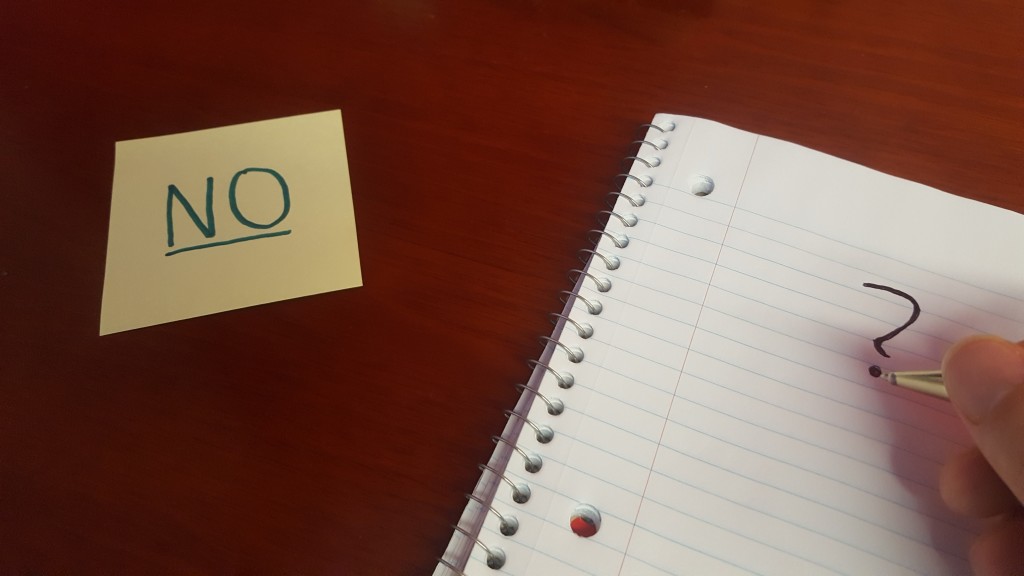 In our last session, the United Faculty team invited and encouraged the Administration’s negotiators to return with counter proposals, which they have so far withheld. We feel that it is difficult to negotiate if the other side only ever demands more of our positions, without staking any of their own. After all, how can we close the gap between our two sides on a given article if they refuse to tell us where they stand?

Well, yesterday, the Admin team did finally respond to our request for counter proposals. To be fair, they had warned that doing so might draw the two sides further apart, but we encouraged them to respond anyway. Given that warning, it’s not surprising that Administration chose to offer only the status quo.

We Just Really Love the Language In This Contract

The Administration team chose to return to the table with a counter proposal on only one of the four articles under discussion at this time. The article in question, regarding Academic Freedom, was returned unchanged, aside from a minor language correction. Note that while we’ve TA’d a number of articles with such minimal changes, this rebuttal is different. The United Faculty had originally brought a proposal with what we view as substantial and important upgrades, to ensure a fair, consistent, and transparent process for academic freedom reviews.

The Administration team’s reasoning for doing the bare minimum? They told us, as they have said repeatedly from the start of negotiations, that they just really love the current contract, and don’t want to see anything change.

We on the United Faculty side of the table view this move as a missed opportunity on the part of the Administration’s negotiating team. They have already stated that they agree with several of our positions in principle, but rather than bring substantive counter positions and attempt to move toward consensus, they’ve chosen to simply say “no” to our proposal.

We hoped, and still hope, that we can meet with the Administration’s team and truly discuss and bargain over areas of mutual interest, but so far we aren’t exactly being met half-way. Unfortunately, this is not unprecedented. It is, in fact, a move right out of the standard management playbook: Give us nothing, and hope we’ll bargain against ourselves. (Check out #4 on Harvard’s list of Hard Bargaining Tactics)

The Admin team has responded to the strictest, most minimal interpretation of our request for counter proposals on areas currently under discussion. Of course, it is still very early in the process, and we will continue to appeal to their desire for a fair and efficient process. To us, this means a give and take, and especially where there is no financial implication, a discussion of shared values. We value our university, and want it to be the best place it can be, for us to work, and for our students to learn.

Our next bargaining session is Wednesday, August 1st.