Posted at 18:38h in Contract Bargaining by Tony Floriani 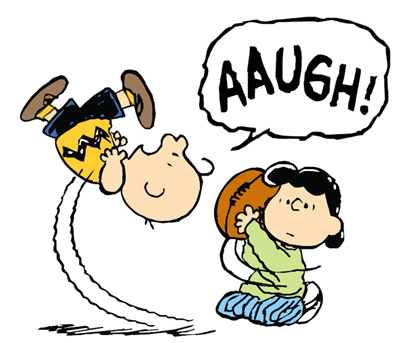 Three weeks ago, the UIC United Faculty team proposed changes to discipline and dismissal in our contract. We aimed to describe a process for discipline that is Fair to the faculty under scrutiny; Transparent, so that all parties know what to expect; and Consistent, so that faculty are treated equally across the university.

When we presented our changes, we received predictable push back from the University Labor Relations representative, who is the administration’s bargaining lead. Despite this, local UIC administrators, who also sit on the admin team, engaged with us at length on this topic, saying that clear guidelines could be useful all around. The UIC administrators at the table went as far as to ask our team for rewrites of the article, with bullet-point steps for a discipline procedure.

While we’d gone into it expecting equivocation at best, the offer to consider clear discipline procedure after some rewrites was a welcome development. The request, after all, fit our goals of making explicit the mechanisms of an often vague and inconsistent process, and had come out of what we felt to be a very productive engagement over mutual values.

Perhaps, after years of hard bargaining tactics from U of I Labor Relations, it was naive to think that having local UIC administrators at the table would change the dynamic. We took the request for rewrites at face value, but when we arrived at the table this Wednesday, the Labor Relations lead made it clear that they had no intention of letting us play ball.

In their counter proposal, virtually all of the rewrites they asked for us to provide were dismissed. When asked where the desire for specific discipline guidelines had gone, Labor Relations only acknowledged that a faculty member should be notified when discipline is taking place. Any process beyond that most basic principle, they consider to be too “one-size-fits-all.”

This counter proposal, which went notably unremarked upon by UIC administrators in the room, further stipulated that non-renewals are not discipline and wouldn’t be covered under this article. Labor Relations justified this by pointing out that it is rare to have any NTT discipline issues reach a formal stage, asserting that covering non-renewal under this heading would be obtuse. We can’t comment on the volume of so-called “formal” discipline cases involving NTT faculty, but it seems a tautology that a process lacking “formal” steps would imply a dearth of “formal” discipline. Moreover, when faculty can simply be non-renewed, with or without cause, why bother with formal discipline at all? Excluding non-renewal from the NTT discipline process only exacerbates the opacity we believed we were invited to address.

By dismissing our efforts to address UIC administrators requested changes, it feels very much like Labor Relations is pulling away the football at the last moment.

Discussion on campus safety was somewhat more direct. Administration refused to consider our proposal to form a committee or task force to deal with safety concerns pursuant to the new scheduling grid. The reason: having anticipated some campus safety concerns, there already is a plan in place to deal with safety in the new scheduling grid. See the Campus Scheduling Committee Report (after-hours safety proposals on pg15). Further, any concerns should be brought directly to the Provost.

Unfortunately, fully one-fourth of our members responding to our survey last fall said they had concerns about safety on campus. In particular, many of our members signaled specific concerns about teaching late classes under the new scheduling grid. We do appreciate that the Provost’s office is working to address some of these issues. However, we are not entirely satisfied with the suggestion that our concerns can be satisfactorily handled without meaningful input or oversight from stakeholders outside of administration. It is still our hope that some form of collaborative process can prevail, for our members’ peace of mind, and that of others in the community.

Our next bargaining session is Wednesday, August 23rd.