Posted at 18:15h in Contract Bargaining by Tony Floriani 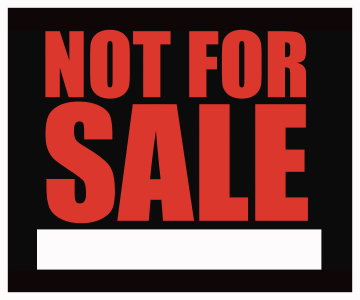 Labor Relations: By the Book
UICUF and Administration teams met again September 12th to continue negotiating our next contract. Right away, we learned that this session was going to largely be an exercise in rejection. The Labor Relations Lead continues to follow the typical management playbook: offer nothing and hope the union will negotiate against itself, trading money for values.

But We Fixed It
The administration team responded substantively to three proposals currently on the table. Hours of Work (i.e., teaching loads), for which we proposed a system of shared governance-led accountability, was returned with agreement only that faculty should be notified when teaching loads change. We’ve already seen this scenario play out, however, with administrators arbitrarily changing workload policies, sparking crises for their departments. Administration claims that these scenarios don’t need to be in the contract because, when the union called them out, they made minor concessions. Just because you say you’re sorry, doesn’t mean it won’t happen again.

Just Leave That To Us
Next up, Administration all but rejected an expansion of grievance procedures that would have made violations of the U of I statutes grievable. Our contract frequently references the Statutes, and the Administration team frequently says they would prefer to simply rely on the Statutes in place of our contract. They say that there is no need for contractual protections because they rarely see problems related to enforcement of the Statutes. UICUF has found that in reality, the Administration cherrypicks which statutes to enforce, and that the mechanisms of enforcement are opaque and in some case deeply flawed. A grievance procedure to contractually enforce the statutes seems at this point to be the only way to keep them accountable to their own rules.

We’re Already Aware of That
Lastly, the Administration team outright rejected our request for a side letter outlining a process for reviewing campus safety. We asked for this in relation to expanded night classes in the new scheduling grid. They did, however, point to actions they’ve been taking while negotiations have been ongoing, like adding lighting and security personnel.

In an email sent on Sept. 6th, Vice Chancellor Coronado outlined improvements to campus safety. UICUF’s bargaining survey this winter indicated that 1 in 7 faculty feel unsafe on campus, specifically at night, but given the improvements being made, UICUF and the Administration want to hear from you: do you feel safer on campus at night? Email UICUnitedFaculty@gmail.com, or go to Provost Poser’s open office hours, Tuesday, September 18 from 2:00-3:00 p.m., 2550 UH if you have lingering concerns.

UIC United Faculty: Values Are Not For Sale
In this session, we offered our last non-economic article, on Reappointment, Promotion and Tenure. Though this article is tightly intertwined with economic proposals regarding salaries, we offered it, at Administration’s specific request, as a show of good faith. They claim this is a minimum needed for them to consider what is already on the table, and we expect serious consideration of those articles moving forward.

To this point, we have presented only non-economic articles for discussion. We’ve chosen this path to keep an emphasis on articles that express our values, and impact our members’ quality of life. Administration has steadily quarreled with this approach, claiming they can’t make any significant decisions without seeing the money.

We disagree. We’ve held back money proposals precisely because we don’t believe our values are related to our salaries. We do not believe pay increases, which have fallen flat against inflation for years, should be held hostage, leveraged to force us away from positions on equity, transparency, and accountability.

When it all boils down, a union contract is NOT just a litany of economic exchanges. It represents our values, and our values are not for sale.

Our next contract bargaining session has not yet been scheduled, but in the interim, we will continue to post weekly articles on topics of critical interest to our membership.